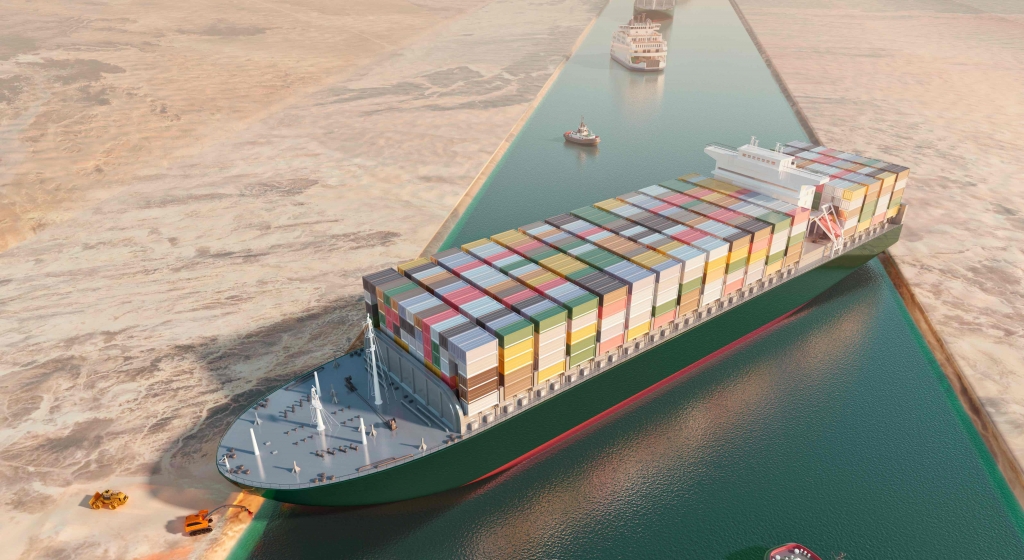 Aided by tugboats, salvage crews, and rising tides, a 220,000-ton cargo ship was refloated in the Suez Canal early last week, after blocking the critical maritime shipping channel for six days and nights.

The famous 120-mile canal through Egypt is one of the busiest trade routes in the world. More than 200 shipping vessels had been stuck for nearly a week in the waters outside the canal waiting for clear passage. Among the idling ships were oil tankers carrying an estimated 870,000 tons of crude and 670,000 tons of gasoline and diesel.

Egypt is more than 9,900 nautical miles and 10 time zones from California. But because of state and local policies limiting in-state energy production, the state’s economic security is routinely threatened by unpredictable events halfway around the world.

While California leads the nation in renewable energy, the state’s economy still requires nearly 1.4 million barrels of oil and gas per day to fuel transportation, provide reliable electricity to the power grid, grow and transport food, and power businesses that provide jobs to working families. Yet instead of producing its own oil in-state under the best environmental and public health protections on the planet, California elects to import more than 1 million barrels per day – most of which comes via oil tankers from the Middle East.

The choice to rely so heavily on oil imports has consequences. As the San Diego Union-Tribune reported last week, “With gasoline prices already on the rise, a grounded cargo ship halfway around the world may add one more element of upward pressure and push the average price of regular gas in California past the $4 per gallon mark.”

The Union-Tribune quoted an analyst with the AAA of Southern California who said that gas prices in the region would rise if the blockage persisted.

Unfortunately, this energy vulnerability is nothing new for California. Throughout 2019, the state faced energy supply disruptions and price volatility as geopolitical tensions flared in the Middle East. First, six oil tankers carrying oil out of the Persian Gulf were attacked over a multi-week period, resulting in supply concerns and spikes in oil prices. Then, just months later, a drone missile attack knocked 5.7 million barrels of production offline in the Middle East, roiling markets.

Despite the clear risks of foreign oil dependence, state and local leaders continue to push shortsighted energy policies that limit in-state production – and therefore require California’s residents and businesses to rely even more heavily on imports from halfway around the world. Studies show that a statewide production ban would translate into an additional 160 million barrels of oil imports to California annually. At minimum, that would require another 80 oil tankers per year to unnecessarily traverse the planet.

Even as the state continues to move toward using more renewable energy, experts agree that significant amounts of oil will still be needed for decades to come. Fortunately, the state has the capacity to provide that energy. Daily production in California has been cut by more than 50% since 1985, mostly due to state and local policymaking.

If California wants a more secure, reliable, and affordable supply of energy, it must produce more – not less – of the oil it uses every day.