In a recent op-ed, Food & Water Watch called once more for an end to oil and gas production in California.  Here are six reasons why Governor Newsom should ignore this ill-advised activist fantasy.

1) Food & Water Watch disregards the impact of its proposals on jobs, local economies, and government programs

Food & Water Watch completely disregards the jobs that would be lost upon implementation of their proposed shutdown.

The oil and gas industry in California directly employs 18,000 production personnel, and those operations support a total of 55,000 jobs in state. Nearly 50% of the oil and gas workforce is ethnically diverse, and the industry provides jobs for Californians across the educational spectrum.  More than 1/3 of all oil and gas workers have a high school degree or less.  The average annual pay for oil industry workers is $123,000 – nearly double the private-sector average in the state.

Activists also ignore the government revenues the industry provides – $1.7 billion in taxes, fees, and other revenues to state and local governments.  The majority of the taxes paid by the oil and gas industry are discretionary general-purpose revenues that fund K-12 schools, public safety, and health or social service programs.

Oil and gas operations also bring much-needed economic activity to otherwise depressed regions of the state.  For instance, production provides 32,500 jobs in the San Joaquin Valley, where unemployment rates are nearly double the statewide average.  Banning production and transitioning to 100% imported oil would devastate the regional economy and its people.

In contrast to Food & Water Watch’s lack of attention to economic impacts, Governor Newsom campaigned on jobs and economic development, especially in economically depressed regions of the state. Governor Newsom said on a visit to the San Joaquin Valley during his first months in office: “I want people to remember things are happening in Fresno, Merced, Bakersfield. A lot of people in California consider these a drive-by or a flyover or only an ag story, but there’s so much more.” In his first State of the State address, Governor Newsom described the region as “hungry for investment” and its residents as “Californians who deserve a fair share of our state’s prosperity.”

In their op-ed, Food & Water Watch claimed fracking was a “dangerous” and “extreme” practice that was “putting California’s precious aquifers at risk.” Food & Water Watch also raised the notion that “families are … concerned that their water is being contaminated by carcinogens like benzene” due to fracking.

These assertions are made with zero recognition of the extensive body of science confirming that fracking poses no threat to drinking water. This body of science includes more than two dozen peer-reviewed studies and expert assessments conducted, funded, and published by organizations including Stanford University, the United States Geological Survey (USGS), the Natural Resources Defense Council (NRDC), Yale University, the Proceedings of the National Academy of Sciences, the National Groundwater Association, and the University of Michigan.

Furthermore, the U.S. Environmental Protection Agency (EPA) concluded there was “little to no threat” of contaminating underground sources of drinking water in 2004 – a study that was subsequently validated in 2015 by a follow-up, 5-year study which found, “hydraulic fracturing activities have not led to widespread, systematic impacts to drinking water resources.” The Obama-era EPA called the 2015 effort “the most complete compilation of scientific data to date, including over 950 sources of information, published papers, numerous technical reports, information from stakeholders and peer-reviewed EPA scientific reports.”

The Food & Water Watch narrative fundamentally disregards the fact that government agencies at every level — from local and regional to state and federal – regulate every step of the oil production process. In sum, more than 25 different government agencies have oversight over oil production in California. Bottom line: California oil and gas are produced under the most rigorous environmental regulations and human health protections in the world.

In the op-ed, Food & Water Watch casually asserts: “with the stroke of his executive pen” the governor can ban fracking, institute setbacks, and end oil and gas production in California. The writer claims: “Governor Newsom has all the authority he needs to take these urgent steps now.”

This is simply not how our system of government works, or how public policy is created. The Governor of California has no authority to unilaterally take entire industries out of business on a whim.

As former Governor Jerry Brown said at the signing ceremony for AB 398, a bill extending California’s cap-and-trade system: “You can’t just say, ‘We’re not going to have oil anymore.’ You need an intelligent, planned transition.”

California’s energy industry meets the needs of California consumers, fueling transportation, food supply, health, housing, and powering our technology. Moving the California economy to zero petroleum usage would be impossible. Given that demand is increasing and California already imports about 70% of the oil it uses every day, any cuts to production in state would result in more imports from countries with far fewer environmental regulations and worker protections than California.

As Severin Borenstein, Director of the Energy Institute at the UC Berkeley Haas School of Business who was recently appointed by Governor Newsom to the California Independent System Operator Board of Governors, wrote in the Los Angeles Times last year, the blanket policy of “keep it in the ground” simply “doesn’t pencil out.” He argued: “California would take a large economic hit for a small reduction in emissions” while importing more oil from “autocratic regimes with abysmal human rights records.”

Last year, as former Governor Brown embarked on a trip for the United Nations Global Climate Summit, he told Politico: “I don’t think it’s responsible to let third-world countries do the oil production so that Californians can drive around, even in their hybrids. We have to shoulder our part of the responsibility.”

In response to Brown pointing out this basic reality – that California consumes 1.8 million barrels of oil a day to fuel transportation, power businesses, grow food, and produce thousands of consumer products, and banning production will not end this demand overnight – the activists revolted, saying Brown was a cruel, heartless failure whose unwillingness to ban oil production outright has created “a living hell for Californians.” Food & Water Watch explicitly criticized Brown, saying he “sells himself as a climate champion, but this is nothing more than snake oil.”

By arguing in its op-ed that Governor Newsom should only allow the world’s fifth largest economy to generate energy through “solar, wind, geothermal and existing hydroelectric” sources, Food & Water Watch rejects the perspectives of energy policy experts that a wide mix of sources will be necessary to power the future.

For instance, the California Council on Science and Technology’s comprehensive review of the state’s energy future concluded that even with “rapid and aggressive” deployment of renewable energy, oil and natural gas will still be “imperative” for several purposes and sectors of the economy beyond 2050. Similarly, the U.S. Energy Information Administration’s 2019 Annual Energy Outlook found that traditional sources like oil and natural gas will still provide a large majority of our country’s total energy needs in 2050.

Food & Water Watch paints oil and gas companies as unreasonable and opposed to renewable energy when in fact the industry supports an “all of the above” energy strategy that includes wind, solar, and hydroelectric power. The oil and gas industry recognizes that both traditional and renewable energy sources are vital parts of our future energy mix, and that this range of energy sources can work together to provide affordable, reliable, and secure energy for all Californians.

That is why oil and natural gas companies in California are collaborating with renewable developers to invest in new technologies, resulting in lower carbon intensity and lower costs for consumers. These projects include a solar biomass fueled cogeneration plant, a solar electricity and steam plant, and carbon capture and storage facilities. In addition, the oil and gas industry continues to examine ways to make oil and natural gas production carbon neutral.

It is impossible to know on whose behalf Food & Water Watch is working because the organization fails to disclose its major funders. From 2011 to 2017, Food & Water Watch accepted more than $74.5 million in contributions from donor-advised funds, exploiting a tax loophole to keep the sources of this funding anonymous.

Despite calls for transparency, to date Food & Water Watch has yet to account for the $74.5 million in secret funding. Any group that actively hides the sources of its revenues cannot be taken seriously. 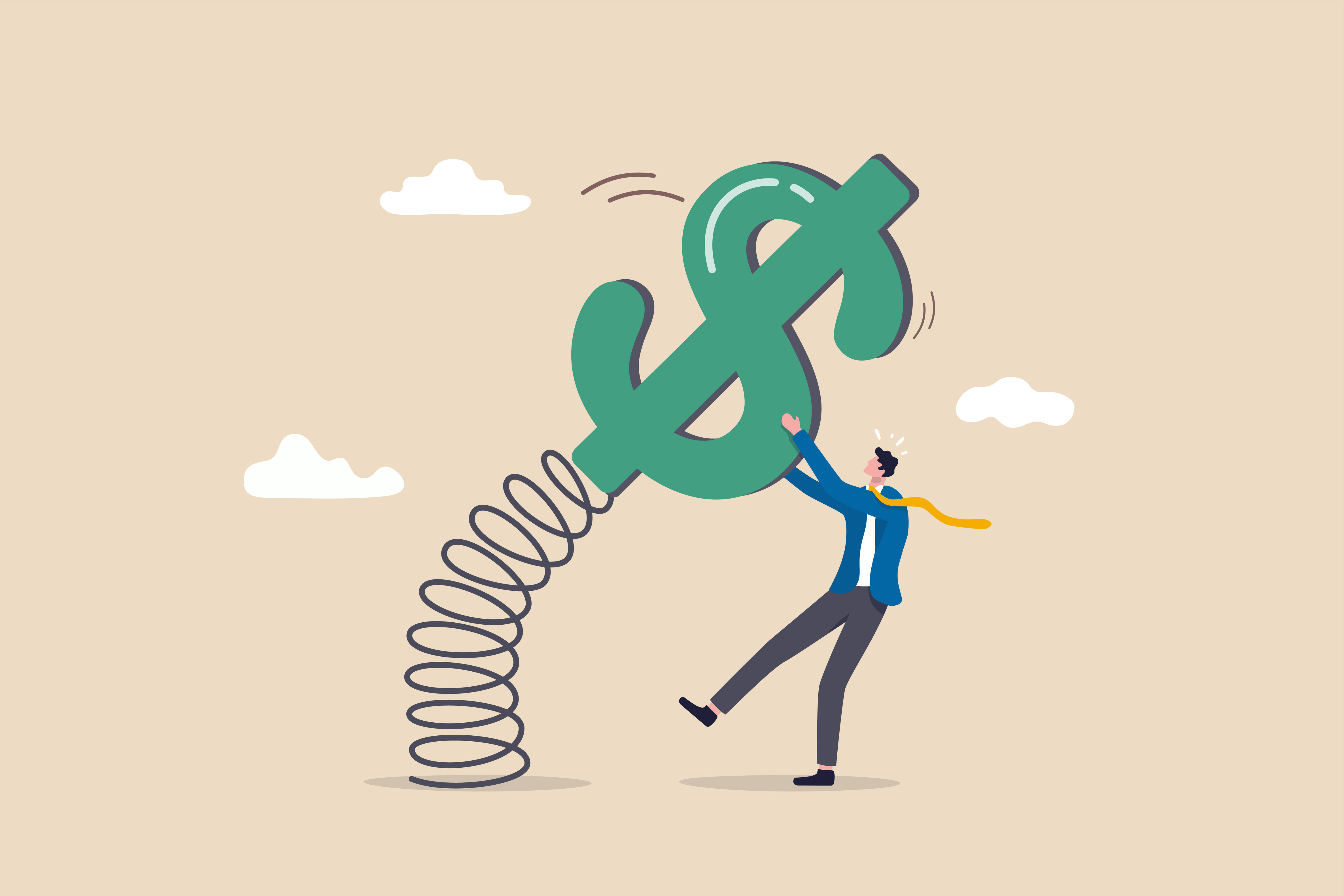