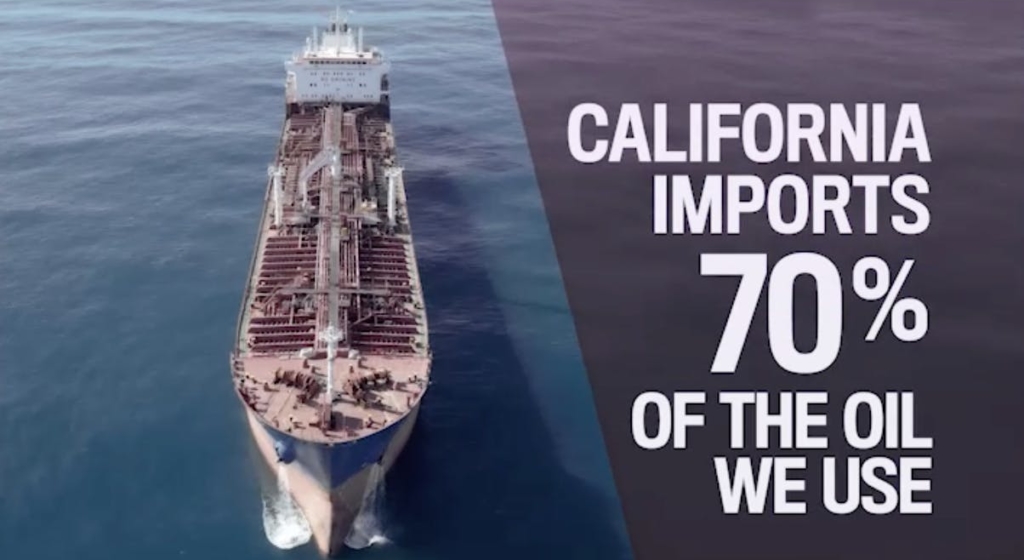 As state agencies in Sacramento move to restrict in-state production, a new ad is highlighting the direct impact on California consumers and businesses: increased prices and even greater dependence on unreliable foreign sources of oil.

California already imports 70% of the oil it uses every day. While the state makes up just 13% of the U.S. population, it consumes more than 40% of the country’s oil imports.

As the new ad from Californians for Energy Independence notes, there are risks that come with heavy reliance on foreign oil. Last summer, markets were roiled by a drone missile strike on production infrastructure and a series of attacks on tankers in the Persian Gulf. Decreasing in-state production makes California consumers and businesses even more dependent on these unreliable sources for crucial energy supplies. In 2018, more than half of California’s foreign oil imports came from the Middle East.

Instead of continuing such heavy dependence on unreliable foreign sources of oil – and sending roughly $25 billion overseas each year in the process – California could choose to continue to produce oil in state, under the most strict environmental and public health protections in the world.

As Cal State Bakersfield economics professor Mark Evans told the Bakersfield Californian in November of last year, the state’s plan to limit production effectively means the state will buy oil from the Middle East instead of from California. Evans also rejected the notion that limiting in-state production is a means to achieve climate goals, pointing out that increased imports will result in increased emissions as tankers bring oil to our ports from other continents.

So, while Sacramento pursues policies that economists reject as folly, California consumers and businesses carry the burdens: increased prices and increased risks through heavy dependence on unreliable foreign oil.